Touch Base With An Agent 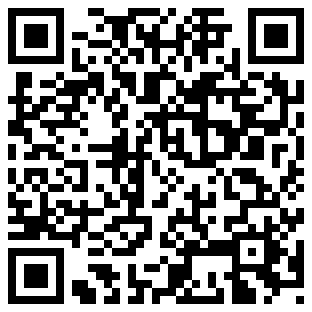 QR Codes are popping up in marketing content every where we look!

We’re seeing them in magazine ads, on flyers, signs, tv commercials, and other visual locations throughout our human arena.

Is the use of QR Codes by marketing professionals in Idaho County an effective tool?   In particular, do these block patterned codes present an effective way to translate real estate listing information for buyers and sellers in the geographic area of Idaho County?

To answer that question, it would be prudent  first to understand the nature of QR Codes and how consumers access the information presented through these modern bar codes.

A QR code (abbreviated from Quick Response code) is a type of matrix barcode (or two-dimensional code) first designed for the automotive industry. More recently, the system has become popular outside of the industry due to its fast readability and comparatively large storage capacity.

SMART PHONES ARE NECESSARY TO FACILITATE QR CODE USE

Smart phones, which have built in cameras,  have become the consumer based device that enables the user to install an “app” called a QR Code Reader.  Using the smart phone and its “reader”, the camera typically captures the image from print media:  a magazine page, a flyer, a sign in a window, a poster in the mall,  or wherever the code is displayed.   Once captured, the interpreted information coded into the matrix barcode will provide instant access to a web page, contact information, or some manner of a digital presentation.

On a helpful website for real estate agents,   InmanNews.com, Gahlord Dewald writes about QR Codes and provides a bullet list of necessary conditions that must be true in order for the customer to scan and interpret a QR code:

A STRONG CELLULAR SIGNAL IS A MUST FOR QR CODE USE

3G or 4G cellular signals from a nearby cell tower in whatever neighborhood you might be roaming, provides the technology capable of interaction between the World Wide Web and the digitized information presented on the smart phone display as a result of capturing the image of a QR Code with the built in camera.  Without the fast speeds of today’s expanding cellular coverages, the QR Code would not be feasibly utilized.

Among metropolitan areas across the U.S. from coast to coast, a smart phone user rarely worries about the strength of the signal that gives wings to their digital communication device.   In today’s modern world, its a given that cities are expanding bandwidth capabilities of cellular users – and pushing the envelope on 5G capabilities in the near future.

But whether you’re in a 3 gigabyte, 4 gigabyte, or lightening fast arena where 5 gigabyte bandwidth is being tested, the realities of rural life in Idaho County means that there are differences in the way we use our cell phones.   There are vast areas of Idaho County where cell signals do not exist in any way shape or form.

Most cell phone users are aware that the rural profile of cellular use in Idaho County presents a stark challenge to the way cellular interaction is conducted in larger metropolitan areas.  While Idaho County is indeed perched on edge of the cellular revolution with strong cell towers providing consumers the capability to conduct business with all the fringe benefits of texting, surfing, talking and taking full advantage of 3G cell signals, travel away from these cell infused areas presents a spotty and more often, a non-existent cell experience.

When you leave the city limits and travel outside of those strong cellular footprints into the rural countryside, you move into extended cellular areas.  One might see 2 or 3 bars on their cell signal meter, but no longer is the bandwidth capable of 3 Gigabyte download.

I live and work in my home,  7 miles east of Grangeville, Idaho where 3G cell service does not exist.   As exciting and cool as the smart phone world has become, an extended cell service area doesn’t make smart phone sense as a real useful device.   I’m not a candidate for a smart phone device and therefore I’m unable to take advantage of the blossoming wonders of QR Codes.

Despite my own sacrifice of some modern devices, think of all the tourists and business people traveling through our small towns in Central Idaho.   Many are savvy smart phone users.  Smart phone users are proficient in sharing photographs,  uploading to social media accounts like Facebook and Twitter, texting, email, surfing the web – AND using QR Codes to their advantage and convenience.

I’m making a wager that 2012 is the year for QR Codes used by techy travelers who are part of a growing number of smart phone users accustomed to the conveniences and “cool factor” involved in utilizing their smart devices to store important tidbits of information about real estate listings during travel in the upcoming travel season.

For my friend and real estate professional Rawanda Goehring, who is a relatively new Smart Phone owner herself, we’ve mutually agreed to take the step toward use of Quick Response Codes for her online real estate marketing endeavors and journey into the new and possibly fadish world of QR Codes.

So if you’re a buyer or a seller of real estate in the Central Idaho Real Estate Market, whether seeking Commercial, Residential, Waterfront, Recreational or bare land listings, RaWanda Goehring is arming herself with the tools of the trade to help those Smart Phone users to enjoy the experience, the convenience and the love for the uses and marketing advantages provided by QR Codes in 2012.

Buyers, start by reading the QR Code in this article to conveniently store our MLS IDX Featured Listings web page.  Search all listings fed into http://173.236.34.130/~rawanda via an IDX feed of the Multiple Listing System for the Lewis Clark Board of Realtors.